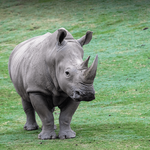 Updated 9 months ago by Brittany Pasca

We regularly release updated firmware versions to improve functionality. Review the firmware release notes to learn more about the improvements that come with each version's release.

See this article for how to update firmware.

How did we do?

(opens in a new tab)

Powered by HelpDocs (opens in a new tab)